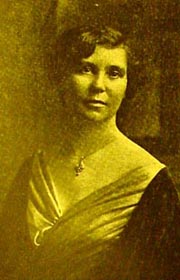 The history of the Alaska Agricultural College and School of Mines dates back to the introduction of a bill in the 63rd Congress of the United States by James Wickersham, then delegate to Congress from Alaska, granting four sections of land for a site for an agricultural college and school of mines.

This bill came before the House of Representatives for consideration February 15, 1915, but the opposition to it was so great that there seemed little chance of its passing. It was then introduced into the Senate by the Honorable Thomas Sterling, senator from South Dakota, passed by unanimous consent and went to the House for consideration where it finally passed March 4, 1915, and was signed by President Woodrow Wilson before noon of that date.

By this act, Congress gave to the Territory of Alaska sections 1, 6, 31 and 36, surrounding and including the Agricultural Experiment Station near Fairbanks as a site for an agricultural college and school of mines and section 33 in every township in the Tanana Valley between parallels 64 and 65 north latitude and between the 145th and 152nd degrees of west longitude, an area containing many thousand acres of land for the support of the college, thereby encouraging the territory to establish within its boundaries an institution of higher education. 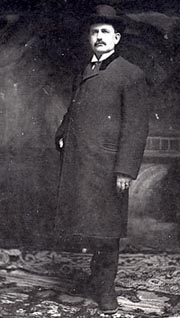 Delegate Wickersham returned to Fairbanks in the summer of 1915, full of enthusiasm over the prospects for the college. He realized that the federal government would do nothing more until the Territory of Alaska provided suitable buildings for the college and sufficient funds to maintain the running expenses.When this was done, the college might be the recipient of the $50,000 given annually to all agricultural colleges of the states and territories while actually giving instruction. For the purpose of arousing interest, he conceived the idea of selecting a site for the college and laying the cornerstone for its first building. He consulted many public-spirited men and women and was encouraged to go ahead.

I shall never forget the day the exact spot for the college building was decided upon. Mr. J. H. Groves took Delegate Wickersham and Mrs. Wickersham, the Rev. Hope Lumpkin, rector of St. Matthew's Church in Fairbanks, and myself to the present College Hill. It was one of those summer mornings in the latter part of June—deep blue sky, white fleecy clouds, rare clear air and glorious sunshine, when,

"Whether we look, or whether we listen, we hear life murmur and see it glisten;"

As we looked out to the south over a vally of varying shades of green through which wound the Tanana, we beheld the Alaska Range, snow capped and gleaming white and, towering above all, Mt. McKinley, majestic and inspiring; over the hill to the north could be seen the Alaska farms dotting the valley and hillsides; to the northwest and paralleling the present college building was a forest of tall graceful birch trees, forming a wonderful background; close by, on this same ridge, lay the Agricultural Experiment Station which had been for 10 years demonstrating the agricultural possibilities of the Tanana Valley. Surely this was a wonderful place for our college! And when all had agreed that no place could be better, delegate Wickersham said, "Mrs. Hess, mark the exact spot where the Alaska Agricultural College will be located." So I broke a small tree and tied a handkerchief to it to mark the spot.

A few days later, volunteer workers cleared a roadway and place for the crowd that would gather for the ceremony, erected a platform for the speakers, made the concrete block for the cornerstone and on July 4, 1915, at 2 p.m., Tanana Lodge, No. 162, F. & A.M., under a special dispensation of the Grand Lodge, laid the cornerstone for the first building of the Alaska Agricultural College and School of Mines. Delegate Wickersham delivered the address, giving the history of the bill from its inception and all his hopes for the future of the College. The whole ceremony was most impressive and to the Alaskan Pioneers gathered there, it remains an occasion memorable and unique in the history of Alaska.

That the work thus might continue, Delegate Wickersham asked 12 representative citizens of Fairbanks to act as a committee through whose united efforts an appropriation might be secured from the next territorial Legislature convening in Juneau, March 5, 1917. A great deal of personal work was done to arouse interest and enthusiasm in the college project both before and during the session. The bill introduced in the Senate by Dan Sutherland, senator from the Fourth Division, and was modeled after that creating the State Agricultural College of Maryland.

When the Legislature convened in 1917, the idea of establishing an agricultural college at Fairbanks seemed ridiculous to most people at the capital but, as time passed, it was interesting to note how the attitude toward the college was changing and people were more willing to listen to argument in its favor. One prominent pioneer of Juneau said the morning after the Legislature had closed, I am almost persuaded to your college." And, when the bill finally passed, there were seven votes against it in the House but only one in the Senate. The bill was approved May 3, 1917.

By this act and a subsequent one, the Legislature accepted the four sections of land granted by congress for a site of an agricultural college and school of mines, appropriated $60,000 for buildings and equipment, authorized the governor of the Territory to appoint eight trustees as a governing board and prescribed general rules for its conduct.