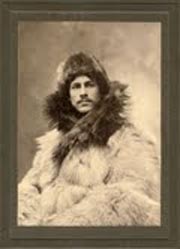 John Philip Ernst, always known as Philip, or Phil, was born in St. Cloud, Fond du Lac County, Wisconsin, on March 12, 1875. His parents, Basil and Isabella, Hessian immigrants, had been in this country less than 3 years. He was the first in his family to be born here. Basil died unexpectedly in 1879, and within two years the family moved to Decatur County, Kansas where two of Isabella’s brothers farmed.

Phil was a 1880s Kansas farm boy from when he was about six-years-old until he was 17 or 18. He went to Washington State with his mother and younger brother, Joe. In Washington State he went to work for Ambrose, his older brother. Ambrose had a printing business in Fremont, now a Seattle neighborhood. 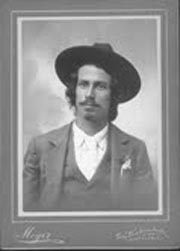 In 1897, when he was 22, he and his brother Joe, 19, launched the “Photo Movie Studio” in Seattle. They did not make movies; rather they rotated a carousel past stationary cameras, on which the subject sat and was caught in a series of still photos. The business did not flourish so the brothers, caught up in the excitement of the Klondike gold rush, headed for the Yukon. Phil went first while Joe stayed with the business. The Alaska –Yukon Gold Book, Roster of Seattle Sourdoughs confirms that Phil Ernst arrived in Dawson via the Chilkoot Trail in 1898.

Arriving in Dawson, Phil got a job as a foreman printing the Yukon Miner. His pay, $1.25 an hour for 60 hours a week, was the most he had ever earned. The Alaska-Yukon Gold Book reported that Joe arrived in Dawson in 1900, stating that he “Rode Bicycle Over Ice.” This adventure was used to promote their resurrected Photo Movie business years later depicting Phil in the snow with a bike.

Joe took Phil’s place at the Yukon Miner while Phil went to Nome, to join a second gold rush that had begun in 1899. In Nome, Phil established the Alaska Printing Company, first in a tent but soon in better quarters. In 1901, Joe again joined Phil in Nome. The business became the Ernst Brothers Alaska Printing Company. This business, which produced photographs and stenographs of Nome scenes and printed such things as the local high school yearbook, the Aurora, lasted until around 1913.

Late in 1910 their older brother Ambrose organized the Ernst-Alaska Dredging Company. He appointed Phil as secretary-treasurer in the beginning, but as soon became the general manager. The brothers kept both businesses going for about three years. During the short northern summer, the dredge worked constantly. The dredging operations would than shut down for the long winters.

Pictured is a gold nugget in the University of Alaska archives and can be found online here.

Gold nugget dredge from the Nome beaches that as been saved by the family.  The brothers operated the first dredge on the ocean beach at Nome and the nugget was probably found after 1909. 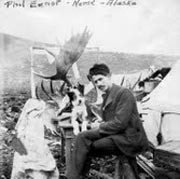 Joe and Philip both traveled to Seattle on more than one occasion. During these visits they courted women who became their wives; Joe was married in about 1904 to Arlene Wheeler, and Phil in about 1908 to Clara Herren.

Phil was active in Nome --- and Alaska’s --- political and social life. In 1907 a group of Nome men formed a fraternal organization they called “The Pioneers of Alaska.” Phil Ernst was one of the 28 charter members. Other towns and mining camps joined, forming chapters they called “Igloos.” Nome was Igloo Number 1. In 1908, representatives of several igloos convened in Nome to form the Grand Igloo, which issued charters. The organization continues to this day.

Phil served as Grand President of the Pioneers of Alaska in 1911. He was a member of the Nome city council, 1907-1909. He was chair of the Democratic divisional committee in Nome, 1916-1917. In 1917 Alaska Governor John F. Strong appointed Phil as one of the founding members of the Board of Trustees of the Alaska Agricultural College and School of Mines, which today is the University of Alaska Fairbanks. He served only one term, did not attend any meetings, and resigned the following year. Paul J. Rickert was appointed to take Philip Ernst place on the Board. 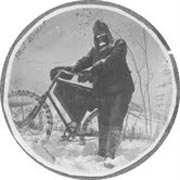 US demands for war materials beginning in 1917 made critical parts impossible to come by at a price they could afford and Ernst Dredging, which had been modestly profitable, was dissolved. Phil and Clara left Nome that year for Seattle and they were followed a year later by Joe, Arlene, and their children. Phil and Clara remained childless.

They re-organized the Photo Movie Studio in Seattle about 1920. That year Phil was working as a job printer and Joe, working the studio. They were located at 216 Seneca in Seattle, which had been their original location as well. Today, that is the location of the Washington Mutual Tower in downtown Seattle. Later they were at 218 Cherry and still later moved 2 blocks to 622 Third Street.

In 1927, Phil’s wife, Clara, died of a heart attack; she was 60-years-old, but Phil apparently believed her to be 56, which is what he reported on her death certificate. Soon after, the brothers went out of business around 1931. Phil made a trip about the United States, including a visit to his birthplace in Wisconsin and to Kansas.

Phil was highly regarded in the family as an amusing, charming, and intelligent man. He was noted for telling great stories. He died September 19, 1944. He was 69. Joe lived until 1958. 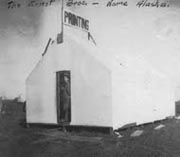 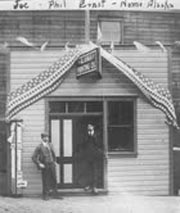 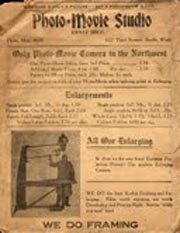 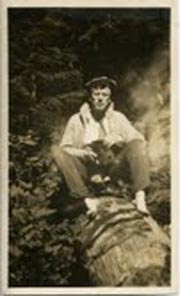 All photos courtesy of Gary Blakeslee