Ever since Lydia Fohn-Hanson demonstrated the use of a loom for a group of homemakers in the Matanuska Valley a half century ago, the Cooperative Extension Service (CES) has been a part of life in the valley.

The Extension Service was formally organized as a department of the Alaska Agricultural College and School of Mines (now the University of Alaska) on July 1, 1930. Dr. Charles Bunnell, president of the college, was appointed extension director without compensation; George W. Gasser agreed to serve as assistant director for agriculture, and Mrs. Fohn-Hanson, a former professor of home economics at the college, was named assistant director for home economics.

Later that month, Fohn-Hanson, Gasser, and W.A. Lloyd, who was in charge of extension work in the western states for the U.S. Department of Agriculture (USDA), started nine 4-H clubs for boys and girls and 12 home economics clubs for women during a field trip to Eklutna, Matanuska, Anchorage, Seward, Juneau, Sitka, and Wrangell.

Establishment of the CES in Alaska culminated efforts to include the then Territory of Alaska in a nationwide system of agriculturally oriented teaching, research, and extension programs administered by land-grant colleges. The system was created between 1862 and 1914 through passage of a series of related congressional acts.

The Land-Grant College Act of 1862 created colleges of agriculture and engineering. In 1915 Congress set aside land near Fairbanks for the support of a territorial college and school of mines. The Territorial Legislature accepted the land grant in 1917, created a corporation named the Alaska Agricultural College and School of Mines, and provided for an eight-member board of trustees. The college opened for instruction in the fall of 1922. 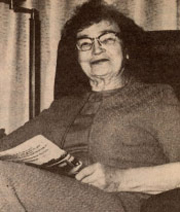 The federal government started seven agricultural experiment stations in Alaska between 1900 and 1915 to determine what types of agriculture could be pursued in different areas of the state. They were administered by the State Relations Service, Office of Experiment Stations, USDA, which eventually closed all of the stations except two at Fairbanks and Matanuska.

In 1929, Congress extended to Alaska the benefits of the Hatch Act of 1887, which established an agricultural experiment station in each state in connection with the land-grant colleges. Ownership of the Fairbanks and Matanuska experiment stations was transferred to the college in 1933.

The Smith-Lever Act of 1914 created the CES and required that extension work in agriculture and home economics be carried out by the landgrant colleges in each state and possession in cooperation with the Federal Extension Service, USDA.

Harriet Kepler, who attended the earliest meetings of one of the first homemakers' clubs in the valley, wrote this recollection in 1957: "Once (Mrs. Fohn-Hanson) demonstrated the carding of wool and showed us yarn she had made from Alaska wool. It was beautifully dyed. Some of it was a lovely shade of yellow, and she told us it was dyed with dye she had made from young birch leaves that some school children had gathered for her. Her emphasis was always on utilizing what could be processed in Alaska or gathered from the wild."

America was primarily an agricultural nation in 1914, and the agricultural sector had become the major focus for federally sponsored education, research, and development. CES initially focused on agricultural production and on the improvement of rural life through home economics and 4-H and youth programs. Its purpose was to extend the university campus to all areas in each state and, ideally, to place staff in each area to apply research to local needs.

When Congress passed legislation extending the benefits of the Smith-Lever Act to Alaska in 1929, it did not provide for the financing of extension on the same basis as in other states but left it up to the Secretary of Agriculture to determine what funding Alaska would receive. 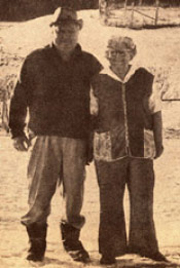 The full benefits of the legislation authorizing federal appropriations for extension work were not extended to Alaska until 1949. The Territorial Legislature accepted the terms of the Smith-Lever Act in 1929 and named the college to administer extension work, but did not appropriate any funds for it. The Secretary of Agriculture made available $10,000 to organize the new department.

For the next few years, CES work was sporadic in the Matanuska Valley, because the small staff had to cover a large area from its base in Fairbanks.

Meetings of the first extension homemakers' clubs in the valley were irregular, due in part to the difficulty of traveling over the valley's narrow, winding, and sometimes impassable roads.

The valley was essentially a wilderness broken here and there by homesteads, and it was inhabited by fewer than 200 settlers. No telephone system existed and there was no road between the valley and Anchorage, approximately 40 miles to the southwest. Only the Alaska Railroad provided regularly scheduled passenger and freight service between Seward, Anchorage, the Matanuska Valley, and Fairbanks.

Agriculture in the valley had been dormant for more than a decade when Mrs. Fohn-Hanson began extension work there. Only 58 homesteaders, 12 of them married, were actively engaged in farming in 1929. 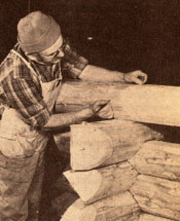 Nearly all of the fertile, accessible land in the area had been homesteaded by 1917, and the best farmland was available only through purchase. However, the population of the valley had stabilized following a reduction of more than 50 percent between 1918 and 1920, and the remaining settlers were there to stay.

Many homesteaders quit farming in the valley in 1918 due to an abrupt loss of most of their agricultural markets. In concert with construction of the Alaska Railroad, homesteading in the area had surged between 1914 and 1917, and agricultural markets had developed along the railbelt. However, when the United States entered World War 1, railroad construction crews as well as miners and farmers left their occupations to fight in the war.

Homesteading continued during the 1920s as persons connected with the area's expanding coal-mining industry started homesteads near their work, but the influx of settlers who were interested in farming ended after 1918.

In an effort to encourage the growth of agriculture in the valley, the Alaska Railroad conducted a colonization project between 1929 and 1933 which brought 55 families to the area.

A brochure published by the railroad in 1930 recommended that each family have a minimum of $2,500 for living expenses during the first year of residence. In 1934, there were 117 families in the valley. Their holdings amounted to 23,000 acres, of which about 1,000 acres had been cleared and cropped.

One year later the valley became the site of an extraordinary experiment designed to address human needs created by the Depression. Two hundred families from Minnesota, Michigan, and Wisconsin, many of whom were on relief, were selected by the Federal Emergency Relief Organization to form the Matanuska Colony and transported to the Matanuska Valley.

The government purchased approximately 13,000 acres of public and private land and divided them into 40-acre tracts. The Minnesota colonists arrived in Seward by ship May 6, 1935, and from there traveled by train to the Matanuska Valley, where temporary tent housing had been set up while permanent homes were being constructed. Colonists from Wisconsin and Michigan arrived about two weeks later and were crowded into the tents with them.

To help the colonists cope with their new environment, Fohn-Hanson improvised a CES office in a tent near the colonists during the summer of 1935, organized sewing groups, and demonstrated food preparation.

During a 1980 interview at her home in Lacey, Wash., she described some of her experiences with the colonists: as the berries began to ripen, they wanted to know how to use (them). They were familiar with some of them, but not all of them, and so we organized berry-picking trips. A bus load would go out for a day and take a picnic lunch and pick berries. Then, too, they needed to know how to use some of the wild greens that were available before their garden brought them enough to use. We demonstrated how to use fireweed and the wild plants that were available for greens."