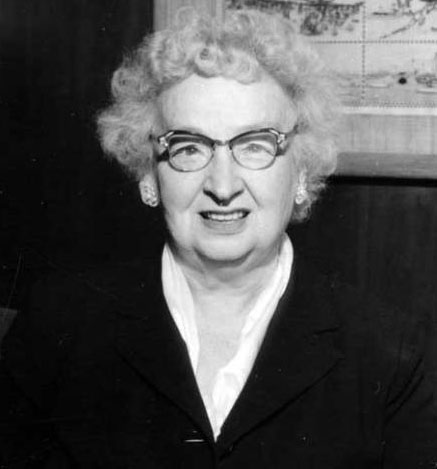 Lucy Hon Cuddy was born on August 2, 1889 in Waldron Arkansas. She graduated from the University of Arkansas with a degree in Education in 1911. After teaching school for five years, she received a telegram asking if she would like to take a position at Valdez high school. She accepted and was on a boat within a few days. There she met Warren N. Cuddy, a lawyer from Washington. They were married in 1917. They had two sons, David Warren Cuddy and Daniel Hon Cuddy.

The family moved to Anchorage, where Warren established a law practice and began buying bank stock. He eventually became president of First National Bank. Mrs. Cuddy became very active in community affiars, starting Anchorage's first United Way campaign. In 1944, her son David was killed during World War II in Italy. In 1951, Warren dies from a heart attack. Cuddy’s other son, Dan, takes over his father’s position and Cuddy herself becomes president of the board after being a member on the board of directors for two years. She held this position until her death.