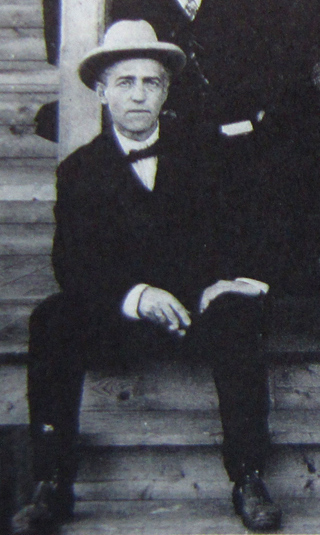 Heilig was born in 1859 in Pennsylvania. He practiced law in his native state until he moved to Kansas in 1887. For two years he was municipal court judge in WaKeeney, Kansas.

He moved to Tacoma, Washington in 1889 and opened a law office. It was there that he became friends with another attorney, James Wickersham. They were both active in Republican politics. They both served in the Washington state house of representatives at the same time, 1898-1900.

When Wickersham was appointed U.S. district judge for the third division in Alaska in 1900, he brought Heilig with him as clerk of the court. In 1905 Heilig resigned that position to go into private law practice in Fairbanks. He served on the city council.

On August 10, 1917 Governor Strong appointed him one of the first eight members of the board of trustees of the Alaska College and School of Mines. His colleagues elected him president of the board and he worked diligently in preparing the campus site, erecting the first building and conducting the business of the college until the election of Charles E. Bunnell, as its first president.

He resigned from the board in 1921 before the college opened its doors as he moved to the states. He was succeeded by Morton E. Stevens, another Fairbanks attorney.

Heilig's son, Frederick, was editor of the Fairbanks Daily Times from 1907 to 1912. He and two other longtime Alaskan newsmen, Roy Southworth and Arthur Bell, became the sole owners in December 1909.

Alaska's Digital Archives have pictures of Judge Heilig's garden that Calvin F. Townsend took, A U.S. Bureau of Fisheries game warden, from 1913 to 1918.

Judge Heilig's garden can be seen here and here.