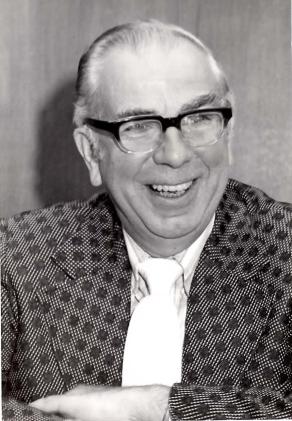 Robert Enos McFarland was born May 23, 1911 in Republic, Washington. He had spent some of his earlier years at his father's gold mine in British Yukon and Alaska. at age 7, he moved to Kirkland, Washington, and graduated from Renton High School. He attended the University of Washington from 1929-1930.

Mr. McFarland was the youngest business agent for the Laborers Local 440 in Seattle from 1936-1946, then went to work for the state of Washington as a safety inspector for the Department of Labor.

He moved to Anchorage in 1949 and become secretary-treasurer for Alaska Laborers Local 341 from 1949-1970. He was the president of the Alaska Federation of Labor from 1950-1966 and served on numerous boards.

On April 10, 2000, Robert Enos McFarland died at Franciscan Health Care Center in Bothell, Washington. He was 88. 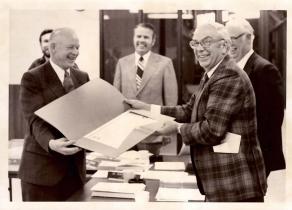 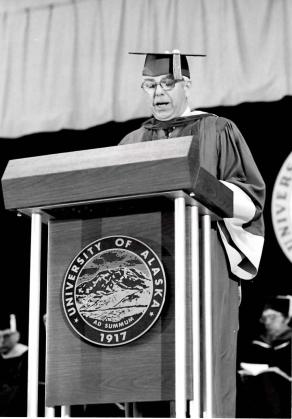 Robert McFarland is also mentioned in this article

Board of Regents Resolution of Appreciation to Robert E. McFarland