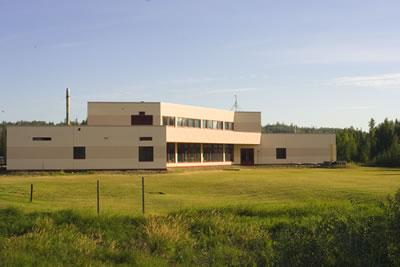 The Harper Building is located on the north side of Geist Road, just west of Fairbanks Street and south of the main campus. Construction began in 1982; the building was finished in 1985. Original plans called for the Tanana Valley Community College to move into the building. However, as a result of the statewide restructuring in the 1980s, TVCC moved into the Chena Building downtown and the building became home to the Interior-Aleutians Campus.

From the Harper Building, the university oversees education delivery to the Interior-Aleutians Campus centers in an area that includes the Aleutian and Pribilof Islands and 54 towns and villages within the Doyon region. Courses offered through the Interior-Aleutions Campus by audio conferencing, Internet and local on-site classes are administered through the educational centers in Fort Yukon, McGrath, Tok and Unalaska.