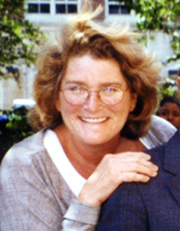 Redman began her service to the University of Alaska in 1972 when she joined the biology department of the University of Alaska Fairbanks as an administrative assistant. In 1975, she moved to the newly developed Community College Division as the assistant chancellor. Redman made her first appearance before the Alaska State Legislature representing the community colleges in 1978. In 1980, the Board of Regents asked that she represent the whole UA system, and she acted as the university system’s chief advocate and representative in Juneau for the remainder of her career. She became executive vice president for University Relations with responsibility for public affairs, state and federal relations, development and corporate programs, in 1988.

In 2000, Redman was honored for her success and three decades of dedication the Edith R. Bullock Prize for Excellence.

Redman, who retired August 2011, was in Fairbanks as part of the UAF Summer Session's Centennial Celebration Speakers Series wherein notable figures from the university's history are interviewed by journalist Robert Hannon. At the conclusion of the interview, Vice President University Relations Michelle Rizk presented the recognition including a certificate noting Redman's 41-year career with the university, and bestowing on her the title, rights and privileges of Vice President Emerita.

Redman attended Eastern Washington University and the University of Washington. She received her master of public policy degree from the Kennedy School of Government at Harvard University in 1984.

Redman is active with many community organizations, including the Girl Scouts of Alaska, the Foraker Group and the Fairbanks Rehabilitation Association.

She is married to Ralph Gabrielli, a UAF faculty member and program administrator for the Alaska Native and Rural Development Program. They have four grown children and three grandchildren.