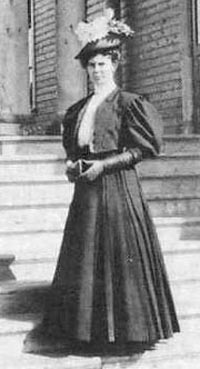 Harriet Belle was born in Winfield, Iowa, and received a bachelor's degree from the State University of Minnesota in 1902. She immediately moved to Juneau where she served for five years as supervising principal of the town's first four-year high school. She moved to Fairbanks in 1907, where she was principal of the high school from 1907 to 1910.

She married Luther Hess in 1911, and was active in civic affairs including the American Red Cross, Pioneer Women of Alaska and the American Association of University Women and was the Democratic National Committeewoman for Alaska in 1947.

In June of 1915, Harriet, with a small group of others, including Judge Wickersham, traveled toward the Experiment Station by automobile. The prominent hill just north of the Station captured their attention, so they climbed to the top. It was there that Harriet broke a small tree and tied a handkerchief to mark the spot. Harriet's handkerchief marked the future site of the cornerstone, which was constructed for the 1915 Fourth of July celebration.

She was elected secretary of the Board of Trustees of the Alaska Agricultural College and School of Mines upon its founding in 1917, and she remained on the board when it became the University of Alaska Board of Regents in 1935. She was still a member of the board when she died in 1951. Essie Dale was appointed to take her place on the board. 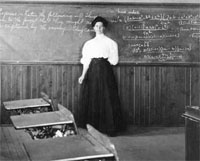 Harriet Belle Hess is also mentioned in these articles: