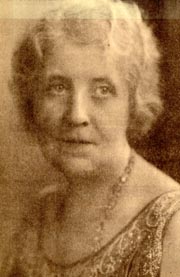 Grace Vrooman arrived in Juneau in 1900 to be a substitute teacher. She had no intentions of remaining in Alaska beyond that school year. Something changed her mind for she continued to teach in Juneau until she retired.

When notified in her Juneau home of the dedication, Mrs. Wickersham commented that she finally had caught up with Mrs. Hess.

Before marriage, Grace Vrooman and Harriet Primer (Hess) were roomates and fellow teachers in Juneau. Miss Primer's marriage to Luther Hess preceded her nuptials. Mrs. Hess was named a trustee and regent before Mrs. Wickersham, and was first to have a university building named in her honor.