July 14, 2020 - The University of Alaska Board of Regents announced today that it has selected Pat Pitney to serve as the university’s interim president. Pitney will take over from Acting President Michelle Rizk on Aug.1.

Pitney currently serves as the state’s Director of the Division of Legislative Finance. She was the former Vice Chancellor of Administration, University of Alaska Fairbanks and worked at UA Statewide for 17 years. In all, Pitney spent 23 years with the University of Alaska before leaving to serve as the State Budget Director in the administration of former Governor Bill Walker.

Pitney is expected to serve as interim president for a minimum of a year or up to 18 months or until the appointment of a president, whichever comes first.

The University of Alaska Board of Regents will select an Interim University System President using an expedited but inclusive process on or about 14 July, 2020. The selection process will include five steps:

Between 29 June and 8 July, 2020, individual regents will solicit feedback in interviews with members of the university community and other key stakeholders to determine what they feel are the most important attributes of an Interim UA President. The Board will synthesize its own preferences of desirable attributes and those of the contributors into 3-5 criteria for candidate evaluation. The board will discuss and adopt attributes for the interim president at a public meeting July 9.

As adopted, the attributes include:

The Board of Regents, with Chief Human Resources Officer Steve Patin, compiled a list of candidates from many sources including those nominated by individual regents, recommended by stakeholders and those who asked to be considered for the position.

On July 9, the Board of Regents will review the 35 nominees. Of those under consideration:

CHRO Patin shared the names of the candidates with regents convened in executive session on July 9. The board intends to narrow the pool to 3-5 finalists. At the start of the public meeting on July 10, the Board will announce the final candidate pool, and will conduct interviews with each candidate July 10-13.

Dana L. Thomas served as interim chancellor of the University of Alaska Fairbanks from August 14, 2016 to July 30, 2017. Born and raised in Fairbanks, Thomas is an alumnus of UAF. He was the statewide vice president of academic affairs and research from 2012 to 2014. Thomas served six years as chair of UAF's Department of Mathematics and Statistics. He is recognized for his interdisciplinary research on the design and analysis of studies assessing food and habitat selection by animals. In 2005, Thomas received the Emil Usibelli Distinguished Teaching Award. From 2006 to 2012, Thomas served as UAF's vice provost and accreditation liaison officer. The Northwest Commission on Colleges and Universities asked him to serve as an institutional accreditation evaluator of other institutions. 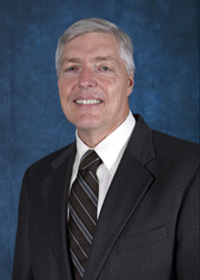 Michelle Rizk is the Acting System President of the University of Alaska. She has been a leader in the field of higher education for more than 20 years providing guidance in the advancement of UA’s core mission – teaching, research, and service – and has played a key role in leading the university through the COVID-19 pandemic.

Michelle’s strategic approach to decision-making has led to significant progress in UA’s efforts to rectify its federal land grant deficit. Additionally, working in partnership with the UA Foundation, she has successfully enhanced the university's philanthropic giving; and, she has worked to establish the university’s proactive advocacy efforts across all three universities and community campuses. Her commitment to transparency and engagement has established Michelle as a leader recognized for her efforts to engage with all Alaskans and university stakeholders, both internally and externally.

In addition to her current presidential duties, Michelle serves as Vice President of University Relations, a position she held for five years, she is the university’s Chief Budget & Strategy Officer, and the system liaison for facilities and land management. During her UA career, Michelle has gained a deep knowledge of every key university area including finance, information technology, and human resources. Most notably, she has been the lead strategist and chief advocate for the university’s legislative affairs in Juneau, working effectively with legislators and governors from all parties to solidify UA’s legislative priorities.

Michelle’s leadership skills were recognized when she was named as one of the Alaska Journal of Commerce’s annual Top Forty under 40 recipients. She is an avid marathon runner and is an active UAF alumna. Raised in Alaska, Michelle earned her undergraduate degree in international business and Spanish and master’s degree in business administration, both from the University of Alaska Fairbanks. She is married to Anthony Rizk and they have two grown sons pursuing their baccalaureate degrees, one at the University of Alaska Fairbanks and the other at Yale University. 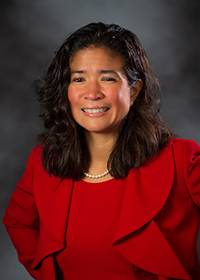 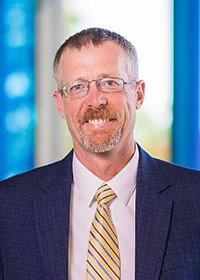 Cathy Sandeen has served as the University of Alaska Anchorage chancellor since September 2018. She is an educational leader committed to providing opportunity for degree-seeking Alaskans through strategic innovation. UAA’s core missions are excellence, student success, relevant applied research and workforce development. With campuses in Anchorage, Homer, Kodiak, Palmer, Soldotna and Valdez, and also home to the Alaska Middle College School, UAA is Alaska’s largest postsecondary institution.

Prior to joining the University of Alaska system, Sandeen was chancellor of the University of Wisconsin Colleges and UW-Extension, two statewide organizations, for four years. As vice president for education attainment and innovation at the American Council on Education, she led ACE's nationwide effort to increase post-secondary educational attainment. Sandeen also held leadership positions at major research universities in the University of California system including at UCLA, Santa Cruz and San Francisco.

Sandeen earned a Ph.D. in communication from the University of Utah and a Master of Business Administration degree from the UCLA Anderson School of Management. She was named an American Council on Education Fellow in 2010-11. A prolific writer and speaker, Sandeen has published and presented widely on the issues surrounding educational innovation and nontraditional students. 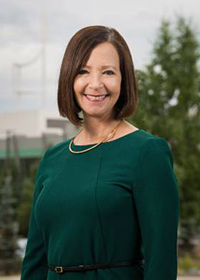 Pat Pitney is the Director of the Division of Legislative Finance and former Vice Chancellor of Administration, University of Alaska Fairbanks. Prior to her legislative responsibilities, Pitney served as the State Budget Director under Governor Bill Walker, beginning in December 2014. The Office of Management and Budget ensures the State’s resources are invested to advance the Governor’s priorities and produce results for Alaskans.

Pitney spent 23 years with the University of Alaska as UAF vice chancellor and at UA Statewide for 17 years. Pitney moved to Fairbanks in 1987 from Billings, Montana. She earned her MBA from UAF and an engineering physics degree from Murray State University (Kentucky). She has three adult children and two grandchildren. All three of her children are UA graduates, with degrees from UAF, UAA and UAS.

Before moving to Alaska, she was a member of the 1984 U.S. Olympic Team and won a gold medal in women’s air rifle. 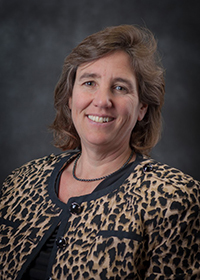 In a series of interview sessions in executive session on July 10 and again July 13, 2020, the Board (or a subset of the board appointed by Chair Buretta) will learn more about the final candidates based on one key question-- “Why do you feel you would be the right choice for the position of Interim UA System President?” CHRO Patin will concurrently conduct background checks on the final candidates.

The Board will meet in public session on 14 July to provide an overview of the interview process then move into executive session to select the interim president. An announcement will follow in open session.

On or about 15 July 2020, Chair Buretta will make a conditional offer to the selectee. If accepted, the Board will publicly announce the conditional appointment subject to terms identified by the Board no later than 21 July, 2020.