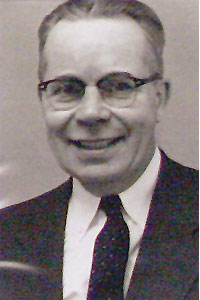 JOHNSON: Mr. Nerland, in this exemption clause, suppose that a nonprofit organization owns some income-producing property that it wasn't using for its own purposes but was renting out and getting income from, would that property be subject to taxation or would it be exempt?

NERLAND: It would be subject to taxation.

HELLENTHAL: Mr. President, why was the word "cemetery" put in there?

BARR: I looked over quite a few of these constitutions, and I might say it was put in there through tradition more than anything else; however, I will point out, it says nonprofit cemeteries. Of course, there are some cemeteries out in the large cities that do make a profit. Most of the constitutions provide a list of exemptions from taxation, and some of them have quite a long list. We have picked out those that were commonly exempted; these are practically in every constitution. I suppose that is through public demand or opinion that they are included.