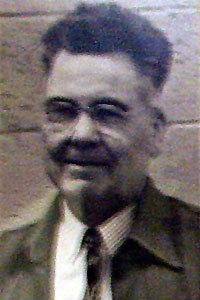 "Mr. Chairman, if you will allow me to speak further in opposition to lowering the age of 21, I realize I am not a pleasing speaker. That has not been my business as it has some of you other folks. I brought up the question yesterday of the minor's right of suing or being sued. As you know, that is my understanding of the law, that a person under 21 cannot be sued on contract. One of my objections to lowering the age to 21 is this - that possibly taxes may be incurred by the minor. According to this law he can't be sued by the state to recover the taxes. He will be put in the position of voting and sanctioning and voting for legislatures that will be spending public money, and yet the state could not sue him to collect taxes. Objection number two - I believe the insurance rates that are put out by the insurance companies are much higher for that segment of people under 25, especially for the insurance of driving cars. Now, why do insurance companies do that? My conclusion is that their judgment is not quite as mature as an adult who has been seasoned. Next objection - from my recollection of crime statistics, I believe your ratio of the appearance of crime appears higher in the lower age group which points out or brings out that judgment is not mature. That is all."

-Delegate Irwin L. Metcalf, Day 36 of the Constitutional Convention, speaking against the constitutional provision lowering the state voting age from 21 to 19. The provision passed, allowing those 19-21 to vote in state elections. The federal voting age remained at 21 until the adoption of the Twenty-Sixth Amendment to the US Constitution lowered the voting age to 18 in 1971.