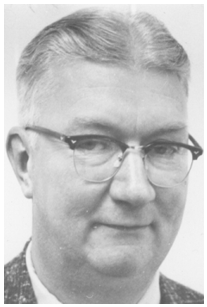 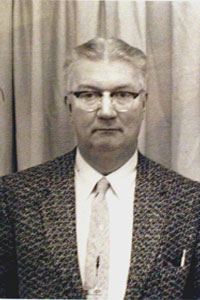 "Well, I am a member of the Committee, and I came here to learn. I never learned anything by listening to myself, and I did not intend to say anything, but from the study I have made of the subject I feel unicameralism is the type of house that I think will give us the best representation. I come from a portion of Alaska that has never had any representation in the legislature, and there are a lot of other parts that never have either. To me, to devise a lower house that will give us the representation we should have Territory-wide and then also give us a Senate that will also be a fair distribution throughout the Territory in any way so that the seats in the Senate will not be monopolized by the big heavily populated centers, we will have a complete legislature of such size that we cannot afford it in my opinion. The arguments they have against the unicameral house, that is that they will rush legislation through in the heat of the moment, so to speak, and without sufficient judgment, I don't think it is true. I think if we only have one house that the people in that house will give more deliberation to the subject that they are discussing, and I think they will vote the way they feel they should and the way the people they represent expect them to, and not just good speaker, and I can't express myself too well, but I feel real strongly about the subject, and probably on a different kind of debate, where I could get up and speak in rebuttal after somebody else talks, I could probably get up and say something that might make sense. But for the time being I have said about all I can. I am for a unicameral house on the basis that we will get a truer and better representation and have a better legislature."

-Delegate Jack Hinckel, Day 23 of the Constitutional Convention, speaking in favor of a unicameral legislature for the State of Alaska. The convention eventually settled on a bicameral legislature with the view that a more traditional, two-house system would aid in the acceptance of the constitution in the United States Congress.