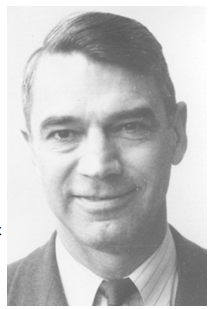 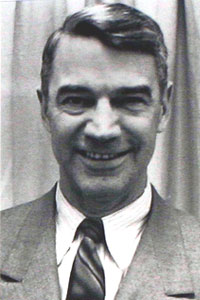 GRAY: The example I used was Sitka and Juneau, and following the report we received from the census, Sitka had 4,148 and Juneau had 7,116. I think you will find those figures on that board there. Now what we have here, if we have one representative from Sitka and three from Juneau, Juneau has three times the representation as Sitka has, and they do not have twice as much population. Obviously unfair. So we give Sitka two representatives and Juneau two representatives. And now Sitka with only 4,000 population has the same representation as Juneau. Still unfair. And so the question is on differences, and getting to the fine point, which one is the most unfair. They are both unfair. Both propositions are unfair. It's a question of which has the greatest error. As long as you're handling mathematical figures and leaving the moral aspects out, it can be solved by mathematics, and take the difference and divide by the smaller, and you get a percentage of error. Take the other way around, and take the difference and divide by the smaller and you get your percentage of error, and of course, the assignment with the smaller error must therefore be the most fair distribution. Well, we'll go back and do it the other way first (indicating figures on blackboard) with this one, and that one -- bringing. this representation down to per representative, you have 4,148, and three into seven... And so you have 1,776. So 1,776 is the absolute error. Now we tried to tell you the other day that they found I could use absolute error, but we found out by advice from the experts that percentage of error is a finer distinction than the relative error. So we take the 1,776 and we divide it by the smaller number, and I get 74 per cent error.

HELLENTHAL: In other words that it might be off somewhat from true philosophical niceties, but it isn't mathematical error?

GRAY: No, it's an error in relative position. If these two figures were the same, it would be zero, and it's a question of relative fairness. If these two figures were the same, it would be absolutely fair. As long as you have one representative representing 4,140 and one representative for 2,372, the difference in representation, the relative difference is one representative is representing 1,736 more than the other, and you just work it down to percentage. So if you establish the one at 74 per cent, now we'll use the other figures here (computing figures on blackboard). It gives a difference of 1,484. Take your 1,484 and divide it into these smaller numbers 2,074, and you come out with a 71 per cent difference. The other one was 74; this is 71. The error in representation was larger than the other, this being smaller. this must be the more nearly fair of the two.

LONDBORG: Mr. President, may I ask a question of Professor Gray? Aren't the two numbers reversed? The 2,074 should be divided into the 1,484?

(Laughter by the Convention)

GRAY: The answer came out the same. The idea is to come up with the right answer no matter how it's done. Anyone else that wishes to multiply with me may.

(Laughter by the Convention)