Alaska NSF EPSCoR improves Alaska's scientific capacity by engaging in research projects supported through National Science Foundation and state funds. EPSCoR is in the fourth year of "Fire and Ice," a five-year project to study climate-driven changes to Alaskan wildfire regimes and coastal ecosystems. For more information check out our brochure. You can also view publications and products by Fire and ice researchers and learn about impacts of the project.

The national NSF EPSCoR organization also supports Alaska through other funding streams. Check out this poster for more information on the timeline and structure of NSF EPSCoR in Alaska.

The EPSCoR and NIH INBRE programs are holding a professional development workshop January 11-12 entitled “IGNITE: Individual Growth and New Ideas through EPSCoR/INBRE.” The workshop will have three separate tracks for faculty, staff and students (both graduate and upper-division undergraduates.) Topics covered include finding appropriate funding sources, budgeting, creating an Individual Development Plan, career paths, and navigating award letters. Speakers at the event will include:

Sessions will take place at the Wedgewood Resort in Fairbanks from 10:30 am – 7 pm Wednesday, January 11 and 8:30 am – 3:30 pm Thursday, January 12. Preregistration is required to attend. Each track is limited to 25 attendees on a first come, first serve basis, after which applicants will be placed on a waitlist. Travel support may be provided based on available funds.

If you have any questions, please reach out to Tara Borland or Julie Benson.

We have videos available online of several recent events: 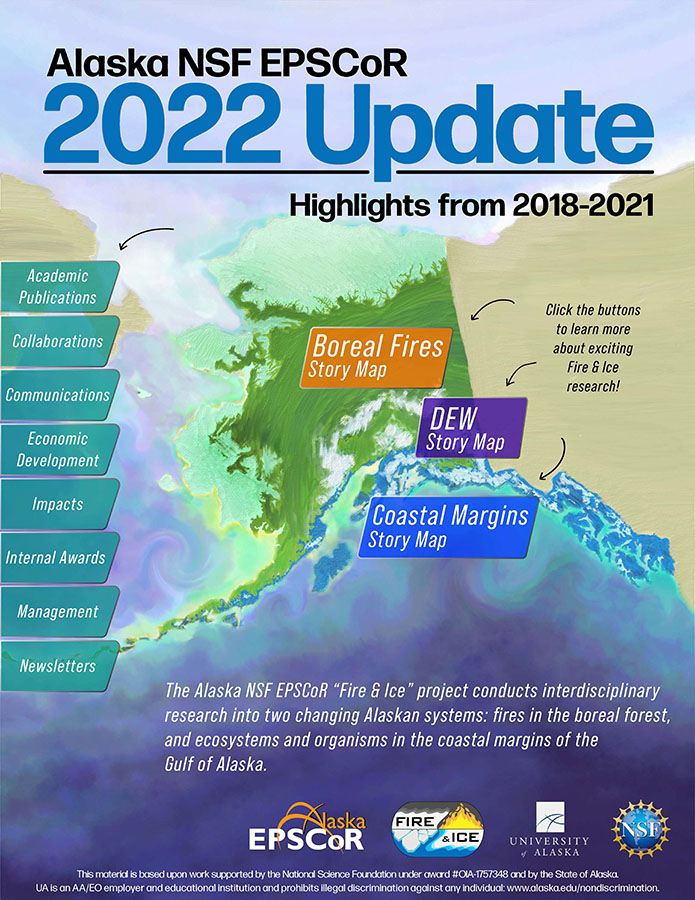 We're pleased to bring you the "EPSCoR 2022 update," a multifaceted report that  encapsulates the progress and findings of the Fire & Ice project through 2022.

The update is based around an interactive PDF, which in turn links to three "Storymap" narratives, one each for the Boreal Fires, Coastal Margins and DEW components. The PDF also links through to various sections of this website that have been freshly updated to reflect accomplishments throughout the project. 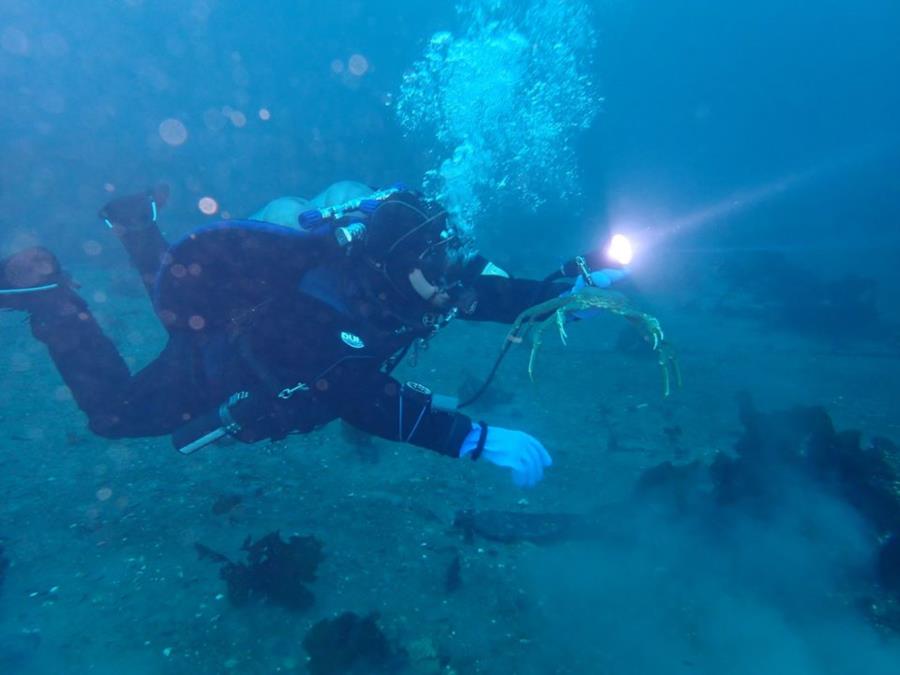 EPSCoR is sponsoring a set of “SCUBA Inclusion Awards” designed to increase diversity and inclusion in science fields that incorporate SCUBA diving. We’re giving away 10 awards of up to $1,000 each to UA undergrads and graduate students to use for open water training or other dive courses. Students with any level of swim or dive experience are encouraged to apply. This is open to students in any discipline, but applicants will have to indicate how they will use the award for research purposes. Deadline to apply is December 12, and awards must be used by September 30, 2023. Apply here.

EPSCoR And UAF are partnering to stage a Science Olympiad for Alaskan middle-school students February 24-25 on the UAF campus. Students will compete in 23 events including earth science, biology, chemistry, physics, and engineering. EPSCoR and UAF sponsors will organize the event, pay for registration and travel for teams, and also fund the winning team to travel to the national Science Olympiad. See the website for information about registering a team.

The National Science Foundation has released a solicitation for NSF EPSCoR “Track-2” collaborative research projects. Proposals must include Co-PIs from at least two of the 28 EPSCoR states and territories, and must be on the (extremely Alaska-relevant!) topic of “Advancing climate change research and resilience capacity to expand opportunities for disproportionately affected communities." 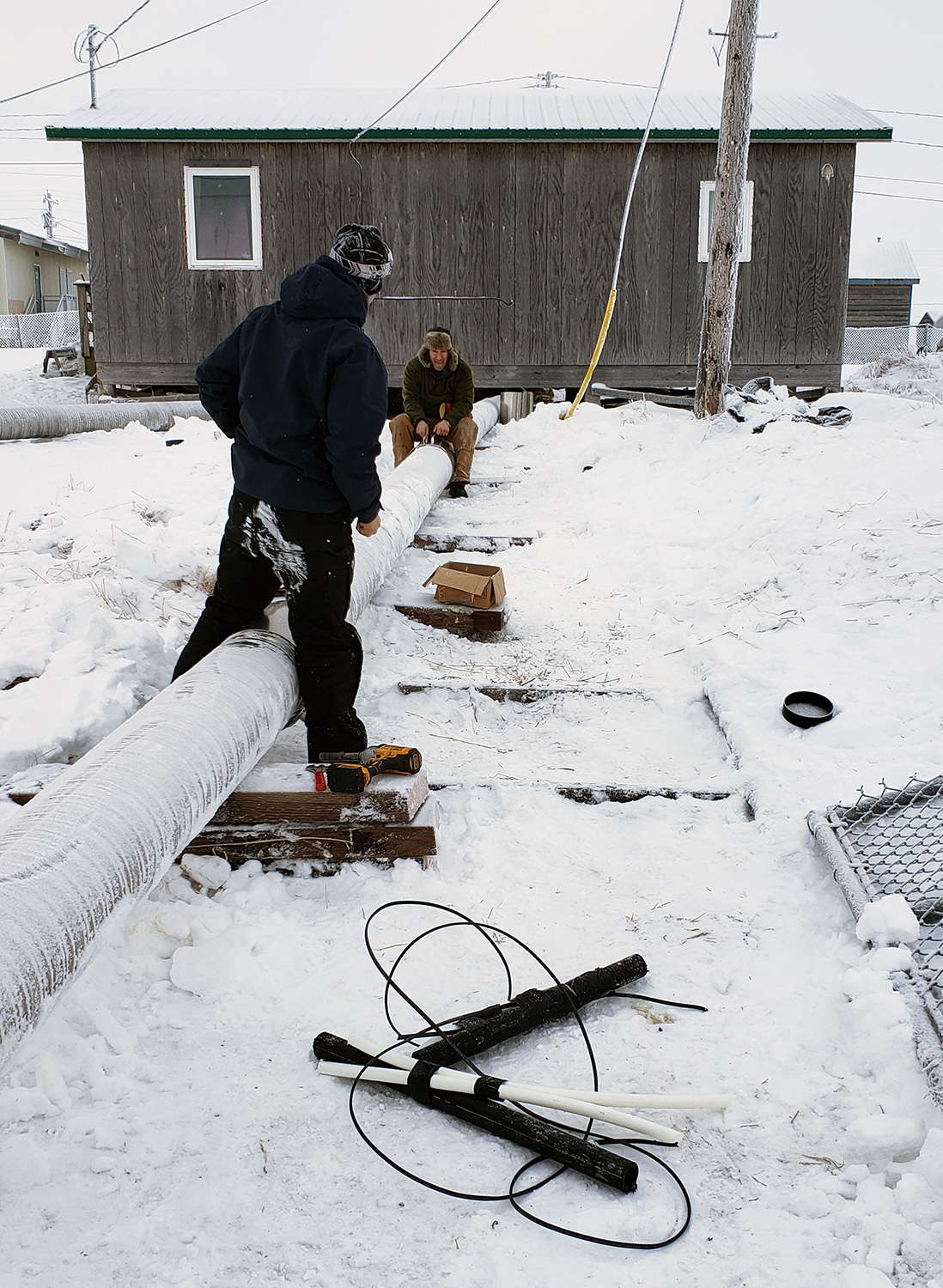