Did you know peony research at the University of Alaska Fairbanks Georgeson Botanical Gardens helped create today’s export market of these beautiful blooms?

Did you know peony research at the University of Alaska Fairbanks Georgeson Botanical Gardens helped create today’s export market of these beautiful blooms?

In 2001, Pat Holloway planted the first test plot of peonies in the Georgeson Botanical Gardens. Holloway, at the time a horticulture professor at the University of Alaska Fairbanks, was studying whether it was possible to raise peonies for the commercial market given Alaska’s harsh climate.

Her hypothesis was based on the fact that peonies were available around the globe most of the year, but not during July, August and September. If peonies could be grown in large enough quantities during those months, Alaska could fill that gap. The hunch turned out to be true.

During her research, Holloway tested several varieties of peonies and wrote up the results, which can now be found on the Botanical Gardens online webpage. Shortly after, a flower broker in England phoned her. The broker had read her research and was surprised to find peonies blooming in late summer. He placed a bulk order and asked that it be delivered as soon as possible to a plane headed for London.

​​Today, the market for Alaska peonies is blooming. More than 135 peony farmers from Fort Yukon to Homer are expected to export about 300,000 peony blossoms this year, with a retail price of about $5 per bloom. Ron and Marji Illingworth, who own North Pole Peonies, are one of the commercial peony pioneers. In 2004, they planted 25 peony varieties –– five each of five varieties. By 2010 they were growing peonies full-time. This year, the farm’s harvest will total about 40,000 stems.

Twenty years after her initial experiment in growing peonies, Holloway’s research has led to the creation of one of Alaska’s major agricultural commodities and one of the state’s most abundant home-grown exports. Alaska’s position as a hub for cargo transport allows these fresh flowers to be air freighted to U.S., European and Asian markets, bringing fresh cuts to customers around the world

Learn more about the Georgeson Botanical Gardens and its research plant trials, including the success of its peony crops, here. 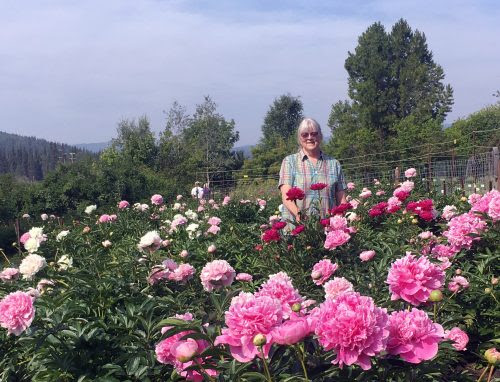 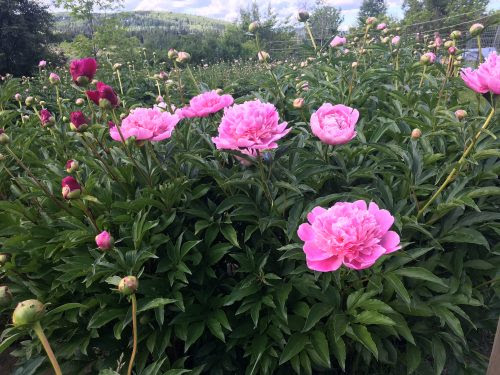