Did you know that the UAA Seawolf Debate team has ranked second-highest in the country within the last four years?

Did you know that the UAA Seawolf Debate team has ranked second-highest in the country within the last four years? The ranking is based on its cumulative success at the last five World Championships. During that time, the Seawolf debate team ranked among the best not only in the country, but positioned as the 9th most competitive program in the world based on its cumulative success at the World Championships.

This year, the COVID-19 pandemic has allowed the team to debate more large and small university teams than ever before. The virtual environment that debate teams have adopted due to COVID-19 requirements means the Seawolves have been able to virtually participate in 15 competitions versus the 8-10 competitions in a normal year.

More competition means more practice and more success. In fact, the Seawolf Debate team has out-argued teams from universities such as Cambridge and Harvard. But, competitive debate has looked a little different this year with competitions shifting to the virtual delivery mode. Debate team members have been outfitted with microphones and webcams, and have sometimes had to rise at 4 a.m. to debate teams on the East Coast.

Debate teams are often made up of as many as 20 students from myriad academic disciplines. UAA students from any program can join the team, gaining skills in critical thought and communication that Seawolf Debate Coach Steve Johnson says benefits graduates in all areas of life.

“We’ve had nurses and engineers, political scientists and economists on the team,” Johnson said. He has coached the debate team for more than two decades. “Name any profession, name any entrepreneurial effort, name any job that doesn’t require you to think clearly and speak effectively,” he said. 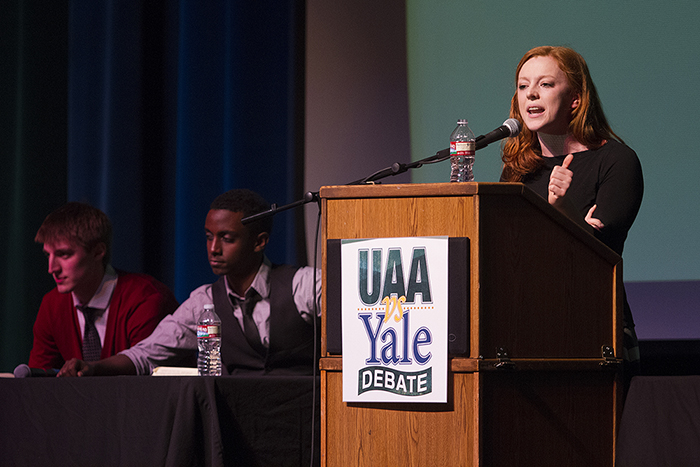