Did you know what a vital role the University of Alaska Fairbanks Geophysical Institute plays in our state?

Did you know what a vital role the University of Alaska Fairbanks Geophysical Institute plays in our state? And it’s about to celebrate its 75th birthday!

Take a moment to picture our state without the popular service of Aurora forecasting, without critical earthquake monitoring and alerts, without observations and studies of volcanoes, or without the study of Alaska’s glaciers and how climate change will continue to affect the state.

None of those functions would be possible without the UAF Geophysical Institute.

The Geophysical Institute is an invaluable asset to Alaska and performs cutting edge research in areas including climate change, seismic activity, volcanoes, and space and geophysics, among others. Much of the research done at the institute can be applied in real world situations, including national defense and public safety.

For example, while wildfires burning across Alaska has become an unfortunate standard for the summer season, the Geophysical Institute is doing its part to help fire crews fight these blazes by identifying wildfires based on unusual heat signatures detected in data pulled from orbiting satellites.

The GI, as it is known, serves host to 11 different individual research programs including the Alaska Volcano Observatory, the Poker Flat Research Range, the Alaska Earthquake Center, and UAF’s growing drone program based at the Alaska Center for Unmanned Aircraft Systems Integrations.

The importance of the GI to the state recently was acknowledged in an editorial in the Anchorage Daily News. Read more about the GI’s important work and how it greatly benefits the state here. 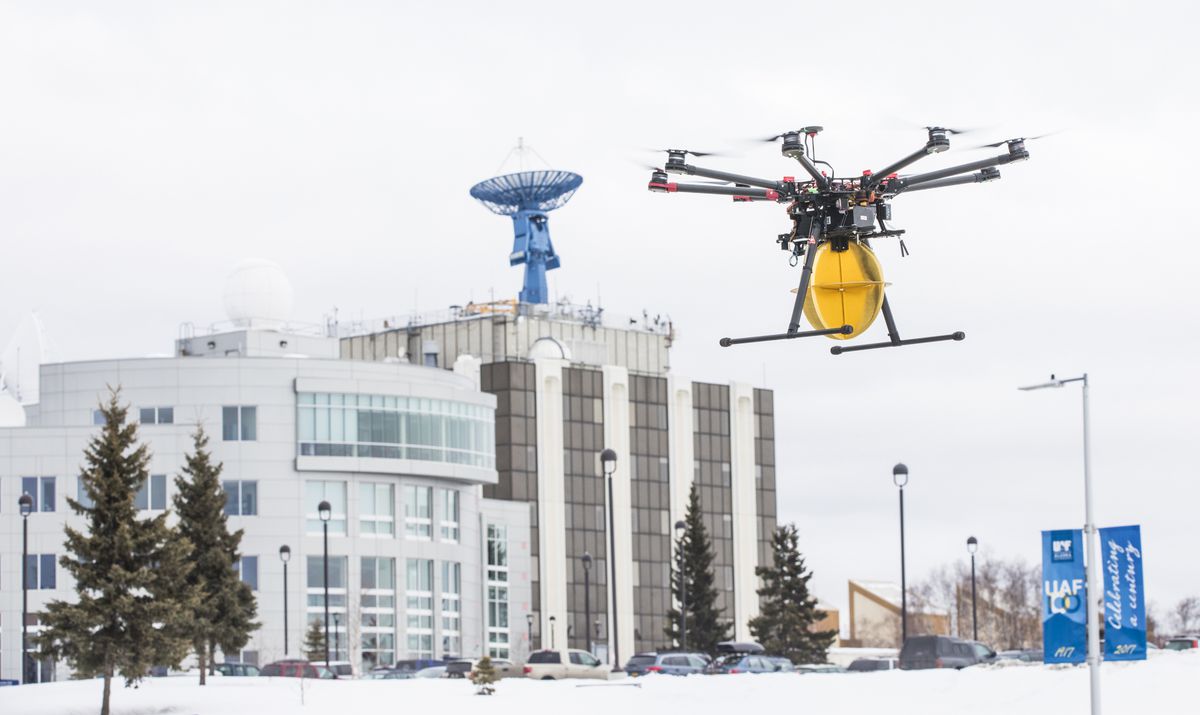