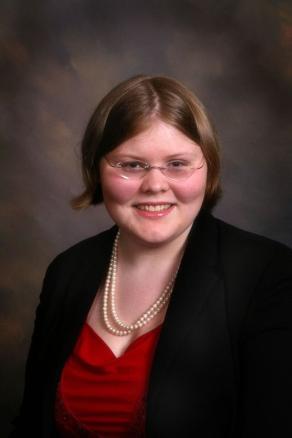 Gov. Sean Parnell appointed University of Alaska Fairbanks student Courtney Enright to the UA Board of Regents as the new student regent.

Enright is a member of the UAF Honors Program and has worked as an Alaska Space Grant research lab technician and as a congressional intern for U.S. Sen. Lisa Murkowski. She is currently working toward a bachelor's degree in engineering. 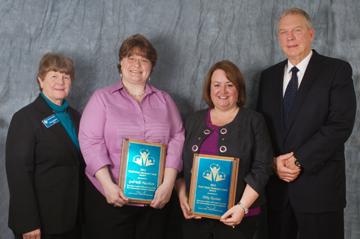 Staff Members Honored at Board of Regents Meeting

University of Alaska President Pat Gamble presented awards to four outstanding UA employees for exceptional service during the June Board of Regents' meeting in Fairbanks.

The recipients of the annual Staff Make Students Count award for 2013 are:

“The recognition structure is what makes these awards notable. Recipients are not selected by myself or the board, but the staff themselves - the people working right beside them,” Gamble said. “Peers across the system recognize these four individuals for their exceptional work. They lead by example and have demonstrated their commitment toward students and student achievement every day of the year.”

In other business, board members approved a number of projects and programs, including selling the Bill Ray Center office building in Juneau, the proceeds of which will help fund the new freshman residence hall on the University of Alaska Southeast’s Auke Bay Campus. That approval was key in allowing the 120-bed project to move forward.

The board also approved selling the Diplomacy Building about a quarter mile away from the University of Alaska Anchorage campus and using the proceeds toward the purchase of the Bragaw Office Building, on Bragaw Street in Anchorage. Other action involving UA property was approval of a timber development and disposal plan at Edna Bay, in Southeast Alaska. Timber sales and leases are one of the ways that the university creates revenue from its land grant allocations.

Action on academic programs included approval of a Master of Science degree in Mechanical Engineering at UAA and deletion of three programs that are being phased out at UAA after a thorough program review.

An amendment to the UAF campus master plan that would pave the way for a solar array project on land below the Butrovich Building did not pass. Several board members were absent during the vote, which needed six positive votes (the vote was five in favor, three opposed). The project could come back to the board at a future meeting once questions are answered and clarifications can be made.

The board heard an update on UA’s ongoing efforts to shape Alaska’s future through the Strategic Direction Initiative, or SDI. The three chancellors presented a number of efforts under the five broad SDI themes that focus on student achievement; partnerships with Alaska’s schools; partnerships with public and private industries; university research and development that build and sustain Alaska’s economic growth; and accountability back to the people of Alaska.

Terry MacTaggart, a national leader in higher education who's advising the Board of Regents and President Gamble on UA's Strategic Direction Initiative, told board members UA is one of a handful of universities doing strategic planning right. The gap between faculty and administration at UA, huge at many universities, is "miniscule" by comparison, MacTaggart said.

A lighter moment during the meeting featured Alaska State Sen. Pete Kelly presenting a legislative citation honoring UA budget chief Michelle Rizk’s recent appearance on the Alaska Journal of Commerce’s prestigious “Top 40 Under 40” list. The citation notes Rizk’s skill, patience, forbearance and tenacity, as well as being a true team player and a person who nurtures a positive environment. “The combination of ambition, talent, humor and compassion make Michelle Rizk a true standout,” the citation says.

University of Alaska has Big Role in Arctic Research

The White House released its National Strategy for the Arctic Region last month. President Barack Obama made a statement about the pivotal role Alaskans will play in the implementation of this national strategy.

“Through the National Strategy for the Arctic Region, we articulate our strategic priorities to position the United States to meet the challenges and opportunities that lie ahead. We will seek to prioritize and effectively integrate the work of federal departments and agencies with activities that are already underway in the State of Alaska and at the international level. And we will partner with the State of Alaska and Alaska Natives, as well as the international community and the private sector, to develop innovative solutions and new ways of operating.The Arctic is changing. We must proceed, cognizant of what we must do now, and consistent with our principles and goals for the future,” said President Obama.

On June 14, a roundtable forum sponsored by the White House was held at Gorsuch Commons on the University of Alaska Anchorage campus. Roundtable participants discussed how best to move forward with the implementation of the concepts laid out in the national strategy.  MORE....

Additional information is availble on the UA benefits website.

One side of the active-service aircraft is UAA green and gold with the Seawolf mascot; the other side sports UAF blue and gold with the Alaska Nanooks mascot. The 34-passenger plane is a new addition to the Era Alaska fleet and will carry passengers to and from Alaska’s cities and rural villages.

Era Alaska covered the cost of painting the plane in support of the aeronautics-based curricula and intercollegiate athletics programs at both universities.

“The aviation degree programs offered at the University of Alaska Fairbanks and the University of Alaska Anchorage are a critical component to the success of our airline in the future,” said Era Alaska CEO Bob Hajdukovich.  “This aircraft underscores the value of the partnership and synergy between Era, UAF and UAA. We look forward to this beautiful aircraft highlighting the UAF Nanook and the UAA Seawolf everywhere Era flies." 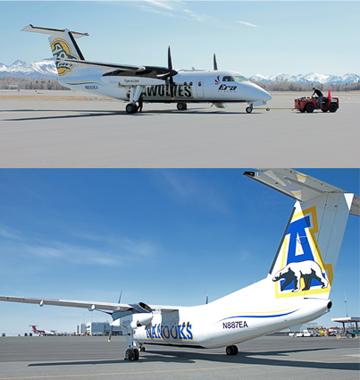 “I am thrilled to see this partnership between UAA, UAF and Era Alaska become a reality,” said UAA Chancellor Tom Case. “The newly painted Seawolf/Nanook plane is an excellent testament to the outstanding universities we have here in Alaska. It’s an honor that Era Alaska has chosen to represent us in this way.”

“I want to thank Era Alaska for their commitment to our programs and to the UAF community,” Rogers said. “Now Alaskans from Barrow to Kodiak, Gambell to Fort Yukon, will be reminded of the great educational opportunities available to them through the University of Alaska, not to mention one of the state’s best sports rivalries.”

The UAF and UAA athletics programs are inextricably linked because of the conferences they both belong to, Rogers added. "Neither could belong without the other. While we compete on the rink, court and trail, we cooperate on ensuring a strong student-athlete experience at both institutions."