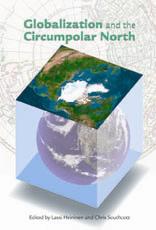 Globalization and the Circumpolar North

Format: paper and electronic, click on "Buy This Book" for pricing options

The circumpolar North has long been the subject of conflicting national aspirations and border disputes, and with the end of the cold war and the coming era of potential resource scarcity, its importance will only grow over the next several decades. Anticipating that renewed prominence, Globalization and the Circumpolar North brings together an array of scholars to explore the effects of this increased attention, from the new opportunities offered by globalization to the potential damage to long-isolated northern communities and peoples.

Lassi Heininen is a political scientist and Senior Scientist at the Arctic Centre, University of Lapland. He currently serves as Chair of the Northern Research Forum based in Akureyri, Iceland. He lives in Rovaniemi and Helsinki, Finland.

[P]rovides a very balanced and well-nuanced approach toward the positive and negative impacts of the changes that the different streams of globalization have brought to the circumpolar north. . . .The book goes beyond the notion of æchangeÆ and æglobalization,Æ but is truly a source of knowledge about the Arctic, its peoples and its histories.