Alaska NSF EPSCoR improves Alaska's scientific capacity by engaging in research projects supported through National Science Foundation and state funds. EPSCoR is in the second year of "Fire and Ice," a five-year project to study climate-driven changes to Alaskan wildfire regimes and coastal ecosystems. For more information check out one-page summaries of each component of the program: Boreal Fires, Coastal Margins, and Diversity, Education and Workforce Development. You can also check out posters, presentations and publications from Fire and ice researchers.

Alaska NSF EPSCoR also helps to administer "Teaching Through Technologies," a three-year educational project to excite high school students about science through experiments with unmanned aerial vehicles, 3-D printers and codeable digital devices. EPSCoR also supports Alaska researchers through other funding streams. For more information about our history, take a look at this small poster that tracks the timeline and structure of NSF EPSCoR in Alaska.

For information on how to acknowledge EPSCoR support of your work, including downloads of our logos, see the lower right corner of this page.

The Fire and Ice project has gone live with its new data portal. The portal provides access to datasets and data projects collected by researchers in all aspects of the Fire and Ice project, as well as datasets from related projects and from previous EPSCoR endeavors. The portal links to a wide range of data, including documentation and outreach products, compressed field and laboratory datasets, gridded model outputs, raster data sets, analyses, and decision-support tools. Portal users can search for data via map interface or through a metadata search, and can download individual datasets or the zipped archives of large datasets.

Alaska NSF EPSCoR is awarding another round of Education and Outreach Seed Grants. Up to two grants of up to $10,000 each will be awarded to early- and mid-career, full-time University of Alaska faculty and staff to carry out innovative education and outreach projects that support project goals. Projects should contribute to the goals of the Fire and Ice Diversity, Education and Workforce Development (DEW) component, which are to:

Award proposals are due March 27. Awards will be announced by April 15 and the award period will be April 15-September 30. Please see the Award Solicitation for more information and application instructions. Here are the judging criteria for the awards as well as the full terms and conditions for internal Alaska NSF EPSCoR awards.

Three University of Alaska researchers  recently received “Track-4” awards from the National Science Foundation. The awards will fund Tamara Harms, Ben Jones and Patrick Tomco to further their research by collaborating with scientists in New York, Connecticut, Louisiana and Florida.

Harms, an Assistant Professor of Ecology with the UAF Institute of Arctic Biology, will receive $126, 218 for her project, Arctic Nitrous Oxide (N2O): Training and Technical Advances to Quantify Emission of a Powerful Greenhouse Gas. Harms will work with researchers at the Cary Institute of Ecosystem Studies in Millbrook, New York to study the production in soils of nitrous oxide, a potent greenhouse gas. Large releases of nitrous oxide have been documented in high-latitude areas subject to permafrost thaw or wildfires, but it remains unclear how this nitrous oxide is produced and how long disturbed soils might generate emissions. This project will examine these processes with a goal of contributing to an improved ability to forecast potential N2O emissions under the warmer, more nutrient-rich, and more fire-prone conditions predicted for high-latitude ecosystems.

Jones, a Research Assistant Professor with the Water and Environmental Research Center at the UAF Institute of Northern Engineering, will receive $295,256 for his project, PermaSense: Investigating Permafrost Landscapes in Transition Using Multidimensional Remote Sensing, Data Fusion, and Machine Learning Techniques. Jones and a postdoctoral researcher will train and collaborate with researchers at the University of Connecticut to acquire new data fusion and machine learning techniques. These will be used to increase the capacity of “Permasense,” a project to gather and analyze multidimensional remote sensing data on permafrost degradation.

Tomco, an Assistant Professor of Chemistry at the UAA Department of Chemistry, will receive $165,406 for his project, Formation, Photolysis, and Bioaccumulation of Dissolved Hydrocarbons from Chemically-Herded and Burned Crude Oil at High Latitudes. Tomco and a graduate student will use specialized equipment at the University of New Orleans and the National High Magnetic Field Laboratory in Tallahassee, Florida to analyze samples of Alaska North Slope crude oil, surface collection agents used to thicken oil spills to burn them off, and mussels collected from Resurrection Bay. These experiments will lead to a better understanding of how dissolved residues may form as a result of this type of oil spill remediation, how sunlight may transform these residues, and what impacts they might have on susceptible marine organisms. 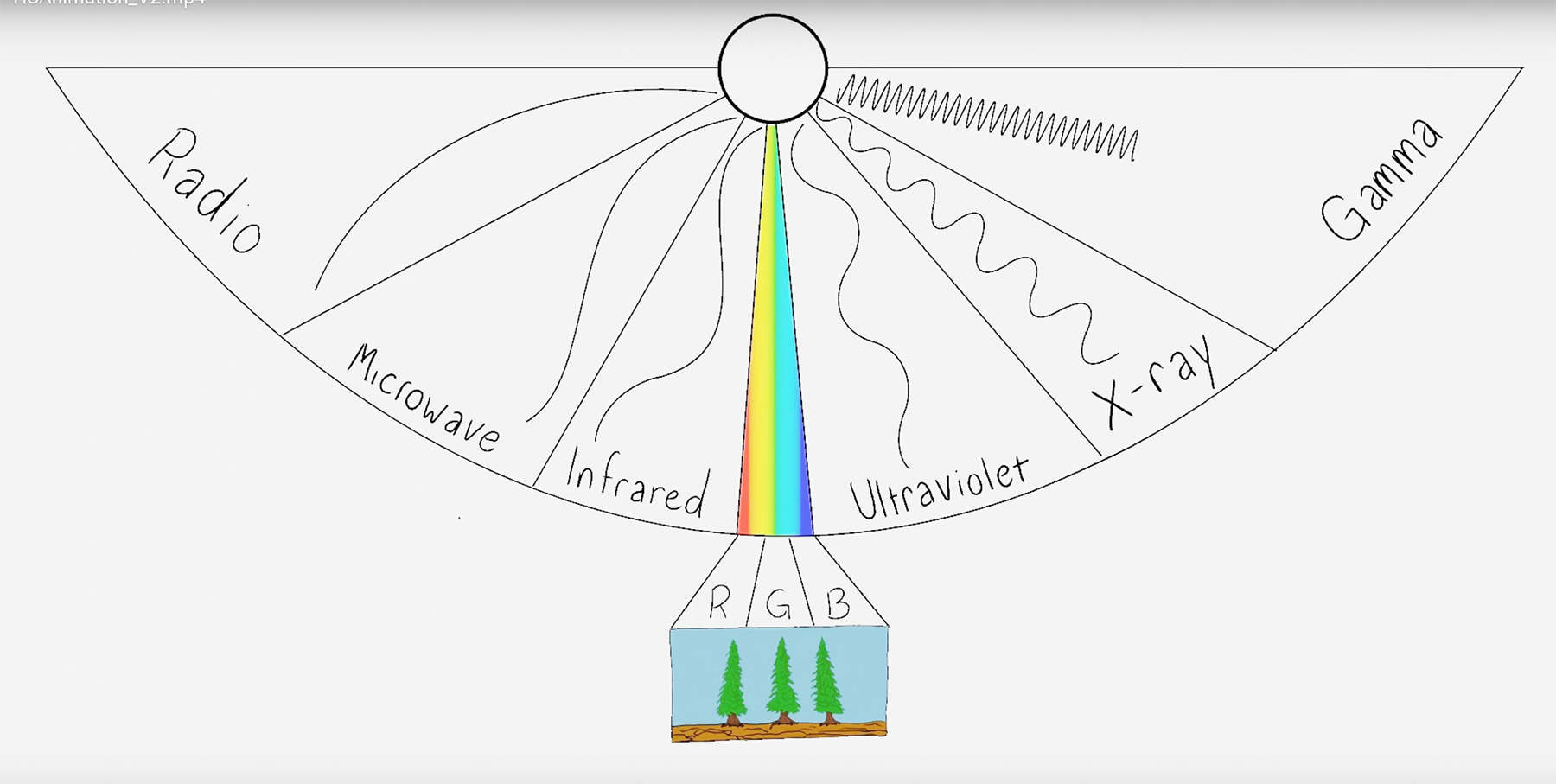 We've been busy producing videos and PDF highlights about the Fire and Ice project. Recent videos include an overview of the "Girls on Water" program; an absorbing animated introduction to hyperspectral remote sensing (source of the image to the left); a 360-degree video tour of the Kasitsna Bay Lab; a sampler of some of our drone footage of this summer's fieldwork; and timelapse video of Grewingk Glacier Lake and the Jakalof River produced by our Coastal Margins "Stream Team."

We've also produced our first set of PDF highlights from the Fire and ice project.

Due to the Coronavirus, both Vis Space and Dev Space are unavailable for use until further notice. 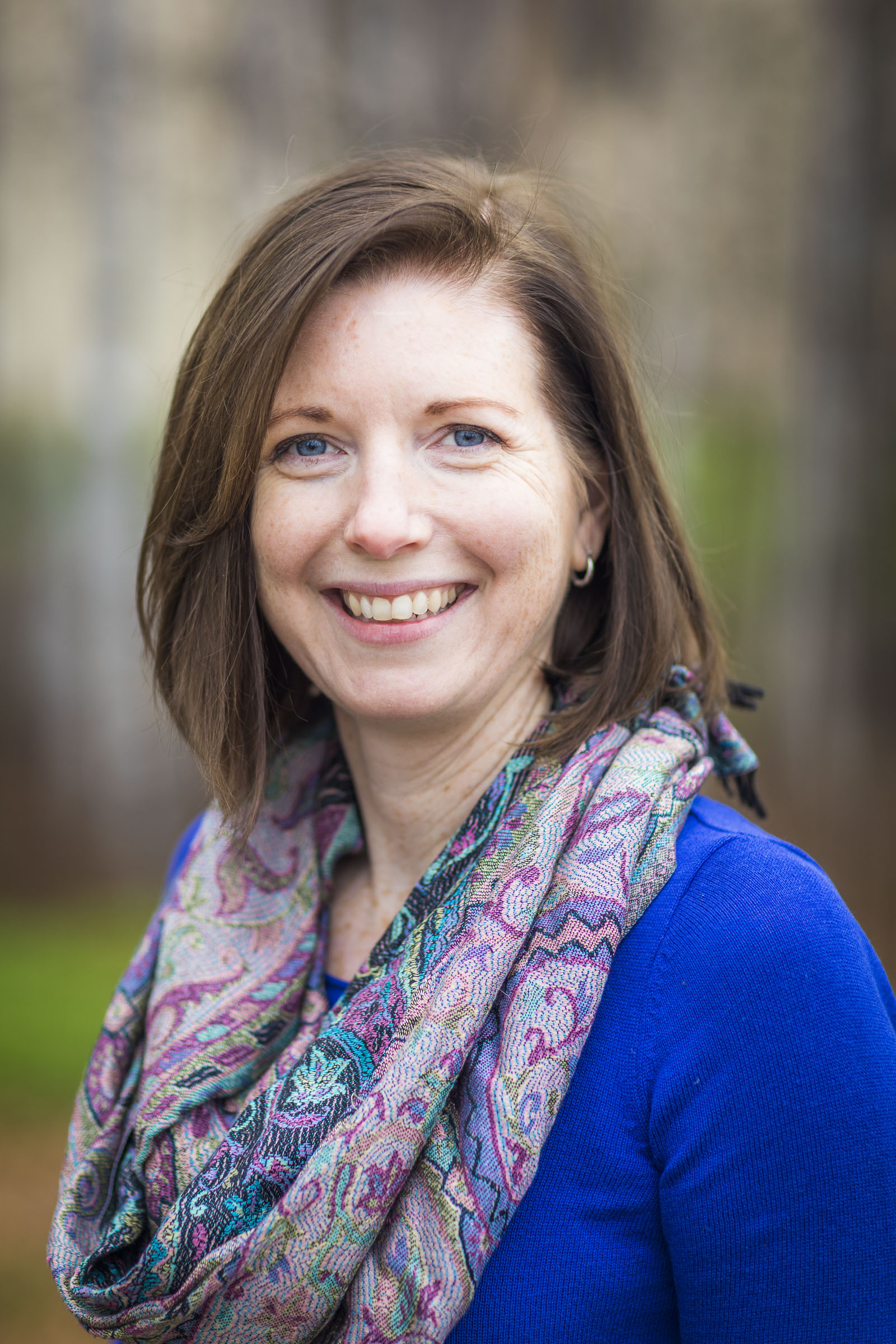 We're pleased to announce the hire of Tara Borland as EPSCoR's new Project Administrator. Tara comes to us from Alaska Sea Grant, where she served since 2016 as Program Director. In her new position, Borland will oversee day-to-day operations of Alaska NSF EPSCoR, including supervision and management of administrative, human resources and financial activities.

Tara holds a bachelor’s degree in marine science from Richard Stockton College of New Jersey and a master’s in chemical oceanography from UAF. She has worked at student and professional positions at UAF since 1999, including positions at both the UAF School (now College) of Fisheries and Ocean Sciences and the UAF College of Rural and Community Development. Please join us in welcoming her to the team!

We've just produced a great new video about the EPSCoR-sponsored Girls on Water program, through which a group of high-school girls from across Alaska gathered in Kachemak Bay last summer for a weeklong camping and research experience. Our compliments to EPSCoR technician Naomi Hutchquist, who put the video together.

Applications for the 2020 edition of Girls on Water, as well as other expeditions put together by the Inspiring Girls program, are open until January 31.

More detail about each awardee can be found on our internal awards page. 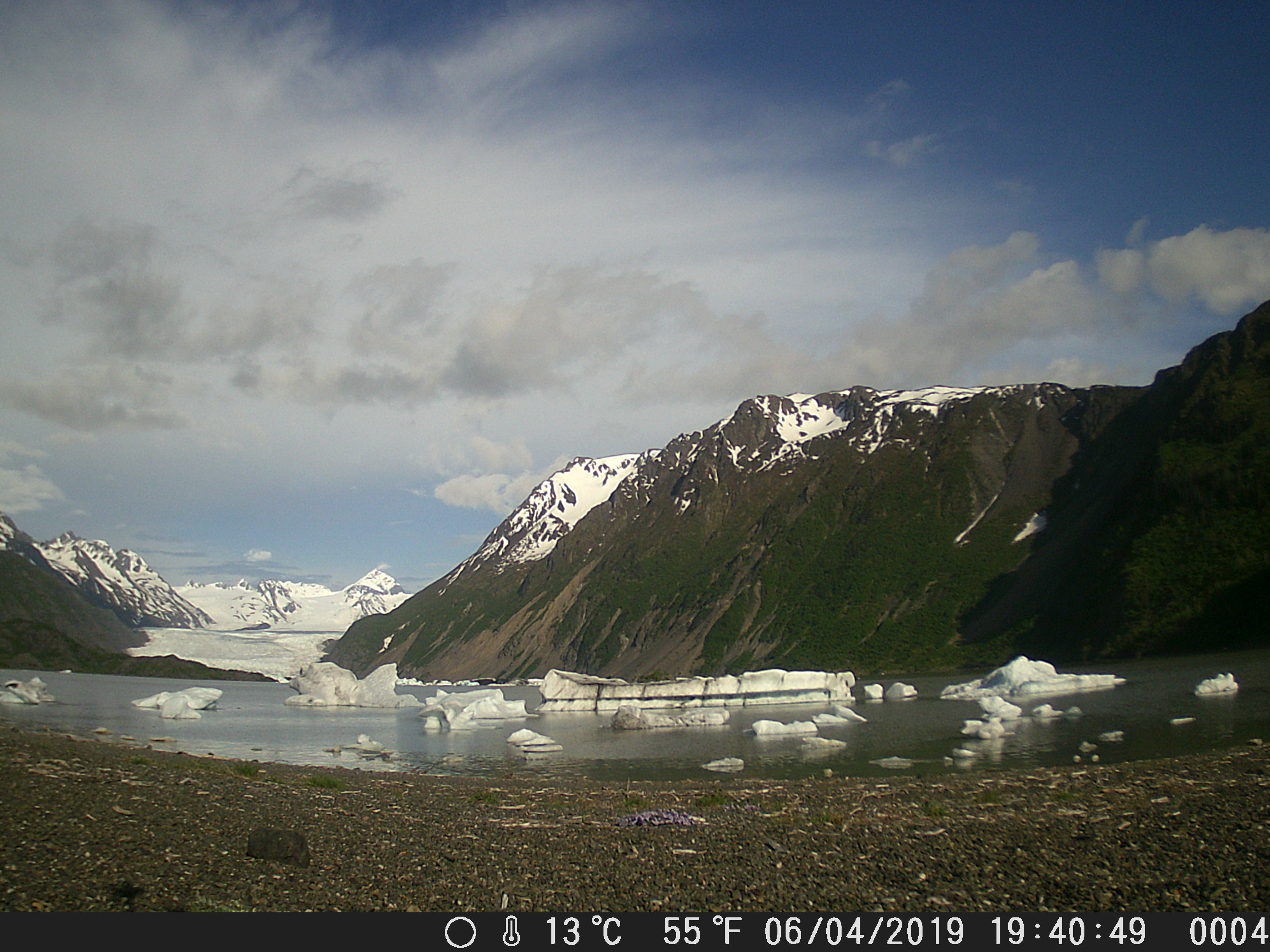 Last summer, researchers from the Fire and Ice "Stream Team" placed timelapse cameras at Grewingk Glacier Lake and along the Jakalof River, as part of their research into the impacts of glacial melt and other climate-induced changes to waterways along the Gulf of Alaska. We've condensed the footage from those cameras into a pair of videos, both of which (Grewingk and Jakalof) are now viewable online. The footage provides an interesting glimpse into both short-term (i.e. weather) and medium-term (water levels, tides, iceberg motion) changes in these two watersheds.

The Fire and Ice Strategic Plan describes the goals of the project and year-by-year plans to reach them.

For more information on Alaska NSF EPSCoR in general, this poster gives an overview of the history of the organization in Alaska.

The Alaska Science and Technology Plan, which prioritizes the state's S&T activities, was crafted with extensive EPSCoR input. The plan was written by the Alaska State Committee for Research, a panel of academic, political and business leaders charged with overseeing Alaska EPSCoR and advising on the state's research enterprise.

Alaska NSF EPSCoR logos for use in posters and other presentations are available here as EPS, JPEG and TIFF files. We also have a Fire and Ice logo; Please use this in addition to, or as an alternative to, the EPSCoR logo on posters, presentations, etc. The logo is available with border lettering in PNG and TIFF formats, and also without the border lettering as a PNG or TIFF. We've even got it as a GIF and an animation!